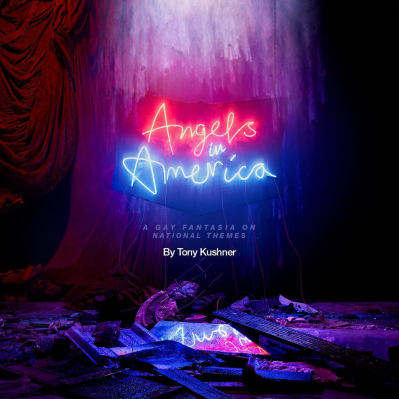 Life and death. Love and sex. Heaven and hell. The characters of Tony Kushner’s celebrated play Angels in America grapple with all this and more in the midst of the AIDS crisis in the mid-1980s. Set in New York during the conservative Reagan administration, the play focuses on the stories of two troubled couples: Louis Ironson and Prior Walter, and Joe and Harper Pitt.

First staged in 1991 in San Francisco, the play made its National Theatre debut in 1992. Now, the play has returned to the National Theatre for the first time in 25 years, bringing an all-star cast including Andrew Garfield, Nathan Lane and more!

Can’t make it to London to see the play? You’re in luck! As part of its Stage Series, Cineplex Events is broadcasting both Part One and Part Two of the play live to Cineplex theatres across Canada on July 20 & 27.

As if you needed any more convincing, here are five reasons you need to see National Theatre’s Angels in America.

1. It’s an iconic and important play.

Recognized as one of the great works of late twentieth century theatre and a landmark in LGBT theatre, Angels in America received much praise of its exploration of important social issues.  The New York Times called the play “the most thrilling American play in years,” and it was later adapted into a hit HBO Miniseries starring Al Pacino, Meryl Streep and Emma Thompson, as well as a French opera.

Over the years, Angels in America has won numerous awards, including the Tony Award for Best Play, and the Drama Desk Award for Outstanding Play. Playwright Tony Kushner also won the Pulitzer Prize for Drama for writing the play, and the HBO miniseries won both the Golden Globe and Emmy for Best Miniseries. 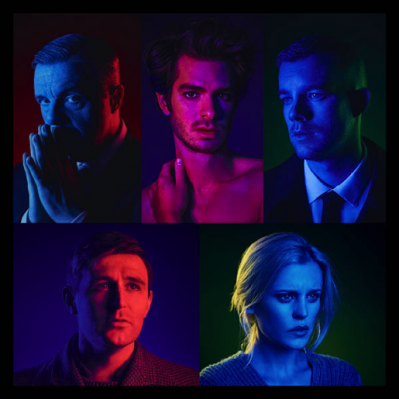 Unless you’ve been living under a rock, you’re definitely familiar with this stellar cast! Best known for Hacksaw Ridge, The Amazing Spiderman and The Social Network, Andrew Garfield stars as Prior Walter. Nathan Lane, who has starred in American Crime Story, The Producers and The Lion King, plays Roy Cohn. Rounding out the incredible cast are Denise Gough (National Theatre’s People, Places and Things), James McArdle (Star Wars: The Force Awakens) and Russell Tovey (Quantico, Being Human).

Best known for directing the Broadway production of War Horse, director Marrianne Elliott cut her professional teeth as an artistic director at the Royal Court in 2002. After joining the National Theatre in 2006, the British theatre director went on receive two Tony Awards for her direction of War Horse and The Curious Incident of the Dog in the Night-Time before taking on the task of reimagining Tony Kushner’s Pulitzer Prize-winning play.

So what are you waiting for! Visit Cineplex.com/stage for tickets!