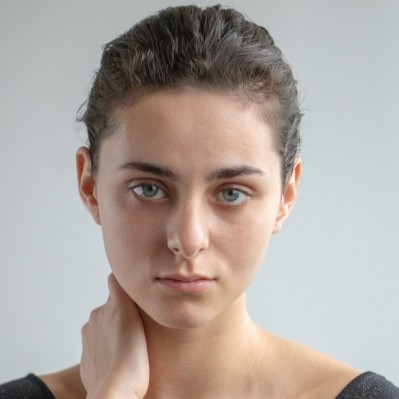 Nahéma Ricci is an actress hailing from Montreal. Having studied theatre the Cegep Saint-Laurent arts program, dance at the Danceworks School in Berlin, and contributed to multiple film projects as an interpreter, Ricci brings a multitude of talents to the screen and the stage. Her production of Identikit at Montreal’s Fringe Festival earlier this year, which she wrote, directed and acted as interpreter for, is just a small glimpse into her incredible versatility as a creative and a performer.

This multi-talented actress is on the cusp of breaking out onto the big screen in a big way. Ricci is making her debut in a leading role at TIFF 2019. She stars as the titular character in Sophie Deraspe’s Antigone. Based on the Greek tragedy of Sophocles, Antigone follows the story of a working-class immigrant family situated in modern-day Montreal. As a string of tragedies impacts the household, Antigone puts her own future on the line in order to keep her family together.

Following the world premiere of Antigone at TIFF 2019, audiences will be able to see Ricci in the independent drama, Before El Finâ, which was successfully backed on Kickstarter and has recently completed principal photography. Ricci will also serve as interpreter for the film De guerre lasse, currently in pre-production.