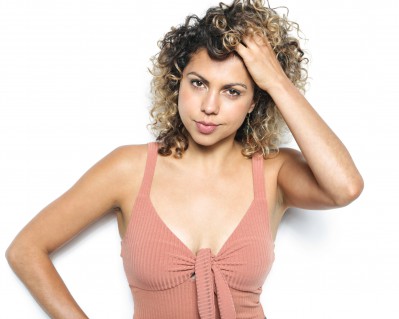 You may recognize Salgueiro from her appearances on a number of television shows including The Strain, Orphan Black, Letterkenny, Mary Kills People, and most recently, Workin’ Moms as the recurring, but simply titled role of “Mean Nanny”. Her character became involved in a shocking plot point at the end of the most recent season, so expect to see a lot more of her next season.

The show’s creator and star, Catherine Reitman, loves working with Salgueiro. In a recent TV-Eh interview, she said, “I pray every director gets to work with someone like Jess because there was no bullshit. She brought her A-game. Never for a second did I see her sweat or feeling uncomfortable. I was so impressed with her.”

Salgueiro made her TIFF debut in the cast of Molly McGlynn’s film, Mary Goes Round. This year, she joins the cast of Mouthpiece, based on the award-winning play of the same name by Amy Nostbakken and Norah Sadavaabout an aspiring writer attempting to reconcile her feminism with the conformist choices of her mother following her mother’s sudden death. Director Patricia Rozema takes on this adaptation which will have its World Premiere at TIFF 2018. 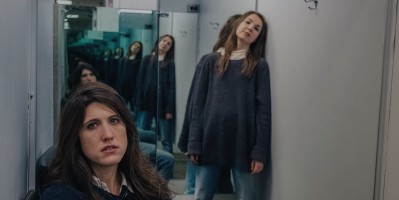 Following TIFF, Salgueiro is set to appear alongside Dave and Odette Annable in the holiday rom-com, No Sleep ’til Christmas. It was also recently announced that she will be playing the lead role in a new feature comedy, Canadian Strain, following a boutique weed dealer being put out of business by the legalization of cannabis.

Outside of her steadily growing acting career, Salgueiro runs a website called bitchesbewitches, an online feminist publication and movement. She and her team share personal stories, guest articles, and spotlight features on empowering women. The publication is currently looking for some contributors to share their stories on the topic of age and ageing. The publication also shares similarly themed art and poetry. This is a spoken word piece that Salgueiro wrote and performed  for the publication:

With the way that she tends to steal the scene every time she’s on camera, we have no doubt that it’s only a matter of time before she makes the move from recurring fan-favourite to Hollywood leading lady. Follow Jess Salgueiro on Twitter as Instagram to follow her journey at TIFF 2018 and beyond!