Six Reasons to be Excited for Canadian Film Fest 2018 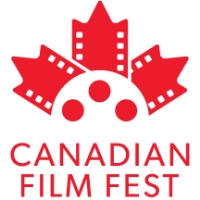 Today marks the start of the Canadian Film Fest! Now in its 12th edition, the festival will be taking over Toronto’s Scotiabank Theatre between March 20 – 24 to showcase 10 all-Canadian feature films and 20 short films. To help you navigate all of this homegrown talent, we’ve listed just some of the highlights at this year’s festival.

Reasons to be excited: Set in Toronto, Becoming Burlesque focuses on a muslim girl who finds empowerment through the art of burlesque and must reconcile her love for the art form with the traditions of her family. Touching on themes of culture, identity and balance within the modern world, there’s no doubt that this is a film with a uniquely Canadian perspective. The film also features and incredible soundtrack with music by Delhi 2 Dublin, Saidah Baba Talibah, Freeman Dre and more.

Reasons to be excited: Preceding Becoming Burlesque will be Samantha Mac Adams’ short film, Prom Night. After sending their daughters off on prom night, three fathers find a positive pregnancy test and attempt to determine which of their daughters it belongs to. The always hilarious Gerry Dee, Marty Adams and Frank Spadone each provide their own take on the protective dad persona, making for a silly and delightful 14 minutes.

Reasons to be excited: The suspenseful Ordinary Days combines the talents of three different directors to tell the story of a missing teenager. Each director takes on a different perspective, from her parents, the cop on the case, and finally from the missing teen herself. This is a shining example of complex and collaborative storytelling that works.

Reasons to be excited: Actor, director, playwright, screenwriter and all-around legend Gordon Pinsent originally wrote this short film as a stage play. In it, he explores depression and anxiety, embodied by the wily Hagge character as she harasses a despondent writer throughout his day. It’s quirky with a sense of hopefulness that addresses the understated commoness of mental health issues in the presence of our everyday lives. Martin’s Hagge will screen before Ordinary Days.

Reasons to be excited: Amanda Brugel plays an iPhone-obsessed gym rat who makes an unlikely connection with a stranger after a Robaxacet overdose. She may be making waves in her recurring role on A Handmaid’s Tale, but we’re excited to see one of our favourite Canadian actors in this up close and personal Canadian production.

Reasons to be excited: Closing out the festival is Jeremy LaLonde’s The Go-Getters, revolving around a drunk and a junkie that agree to muster up $98 so that they can get out of Toronto and start fresh. This one has a few names that you should be very excited about. You’ve seen Aaron Abrams in Rookie Blue, Hannibal, and Blindspot. You’ve seen Tommie-Amber Pirie in Bitten, Michael: Every Day and Killjoys. It’s about time that we got to see these two talented, Canadian actors take the lead.

Get your tickets for the Canadian Film Fest at www.canfilmfest.ca.