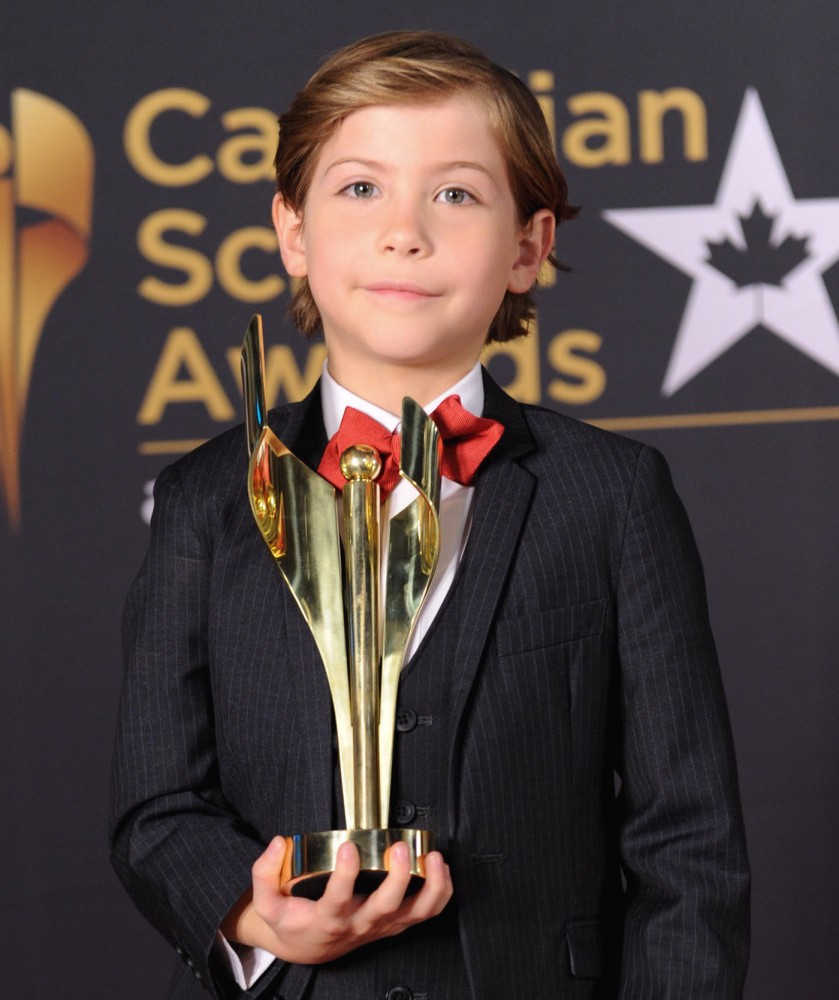 For a third year, Touchwood PR had the pleasure of working alongside the Academy of Canadian Cinema & Television on the 2016 Canadian Screen Awards. Part of a week-long celebration of Canadian film, television, and digital media, the event celebrates Canadian productions and talent who excel in front of the camera and behind-the-scenes. While Sunday’s culminating event at the Sony Centre for the Performing Arts featured exciting newcomers like Jacob Tremblay and esteemed veterans like Christopher Plummer, the entire week was filled with equal buzz as well-deserving Canadians received recognition for their creativity and ingenuity on and off screen.

Here we have the step and repeat being assembled for Tuesday night’s gala! 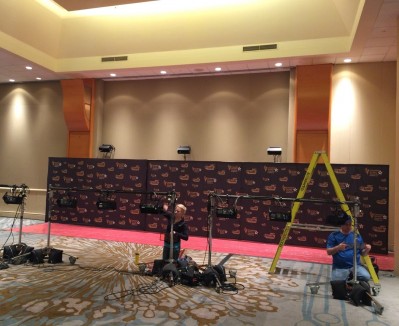 Anne-Lise and Jess unknowingly wore near-identical outfits (even down to jewelry)! 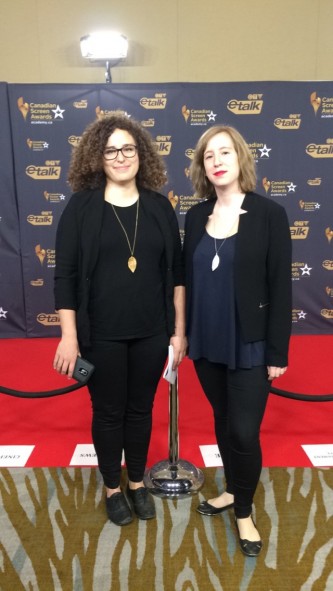 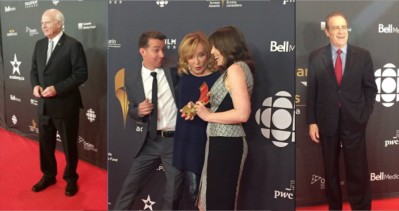 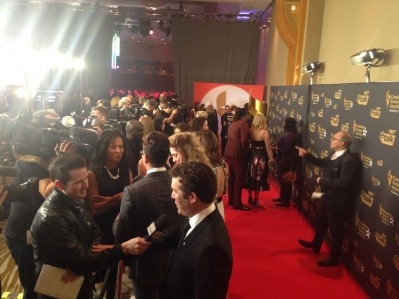 On Wednesday evening, CBC favorites like The Rick Mercer Report, Schitt’s Creek and Book of Negroes took home a number of awards, as did the always-popular Orphan Black and Degrassi. 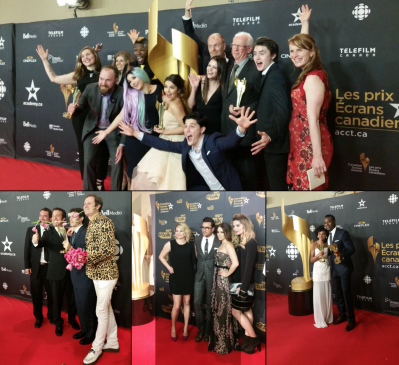 While media were undoubtedly on-site to capture photographs and sound bites with some of the stellar star power attending, they unknowingly managed to capture some real golden photographs of Team Touchwood at work.

Matt and I team-up holding signs as the cast of Mohawk Girls make their way into the photo pit: 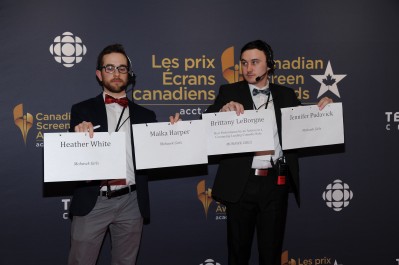 Susan and I holding signs for musician Chantal Kreviazuk and Sunnyside’s Patrice Goodman: 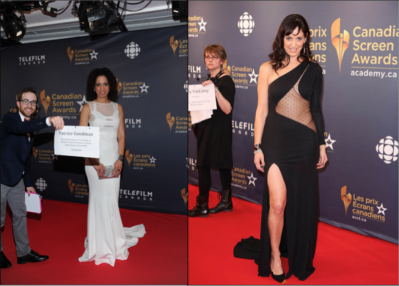 A handful of the rest of the team hard at work throughout the night on the red carpet and in the pressroom: 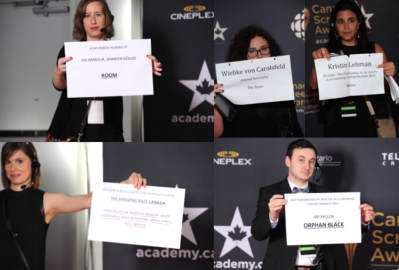 This year’s event was the first to feature Facebook’s Mentions Live Studio – a glass room positioned at the end of the red carpet. Hosted by Richard Crouse, guests walking the carpet would enter the room to answer rapid fire questions about the evening and some fun questions. You can check them out here Canadian Screen Awards’ Facebook page.

Here are  Toronto Mayor John Tory and his wife, Barbara Hackett, speaking with Richard Crouse, having just finished walking the red carpet ahead of the awards show: 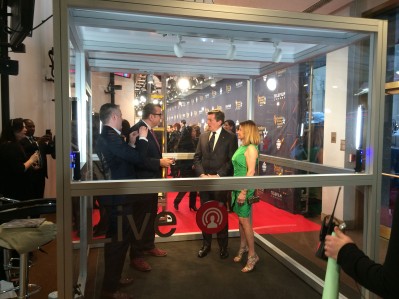 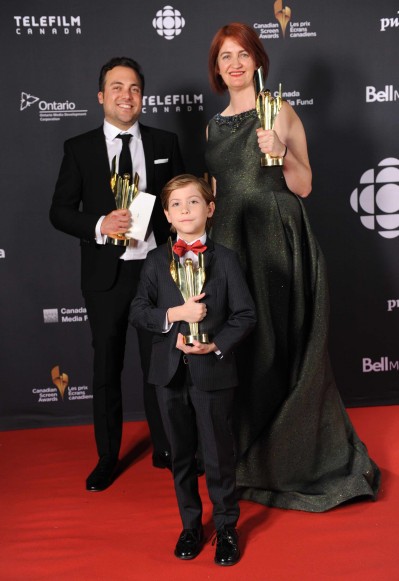 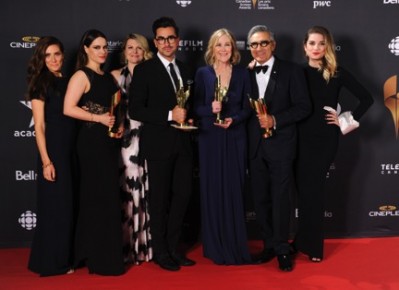