Touchwood PR’s Predictions for Arts, Culture and PR in 2020 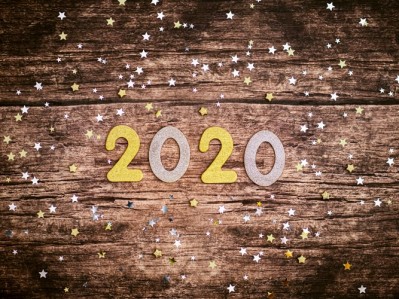 Having just celebrated our company’s 10-year anniversary, we’ve witnessed every major movement and trend that impacted the industry during in 2010s. We saw the launch of Instagram, the rise of influencers, the implementation of CASL, and so much more that impacted the world of PR in arts and culture. As we look towards the future, we can’t help but imagine what the next ten years will look like. Here are our predictions for the field in the year 2020 and beyond.

A spotlight on the Canadian screen-based industry.

The Canadian film, television, digital, and gaming industry is stronger than ever before, and not just within our own borders. Our storytellers and creators have been making their mark on major blockbusters, hit television shows and triple-A games on a global scale. From our beautiful landscapes and cities featured in countless international productions to our state of the art effects studios and innovative game development hubs, to the global success of hit series that have found audiences around the world – Canadian contributions to today’s industry are massive. This is just the tip of the iceberg. If you’re feeling patriotic, be sure to read CBC Arts’ fantastic feature, The 2010s: The Decade Canadian Artists Stopped Saying Sorry.

This country creates so much amazing content. It’s why we jumped at the chance to work alongside the MADE | NOUS campaign that launched earlier this year with a mandate of recognizing and celebrating homegrown talent. This past year, and this past decade, have been a great one for Canada on the world stage. The next one is going to be even better as we see greater investments in the industry, an increase in productions happening within our borders, and greater recognition of our signature content internationally.

Continued strides for gender equality within the film industry.

In response to the eye-opening #MeToo movement in 2017 there was, and continues to be, a push for gender equality across all industries, particularly within the film industry where the movement began. It has inspired research, funds and a much-needed spotlight to be put on an age-old issue. As a response, Cannes Film Festival became the first of over 50 film festivals around the world to sign the 5050×2020 pledge, a promise to strive toward gender parity and improve representation and transparency by the year 2020. The Toronto International Film Festival also joined the pledge that same year.

The titled year has come. Many organizations have made big strides, however, there is still much to be done. Just a month ago, the Golden Globes came under fire when not a single female filmmaker was nominated in the Best Director category. Regardless of the results this weekend, this year we expect to see many organizations making larger efforts in hiring, promoting, and showcasing female talent to meet their 5050×2020 pledges. Or, we may see the PR fallout from failing to achieve their promise.

A focus on strategic partnerships and collaboration in the arts.

In an unfortunate trend that we saw all too well in 2019, the Canadian media landscape continues to grow smaller as a result of budget cuts, acquisitions, and other such factors. The Arts & Culture sections of the affected outlets are some of the first to face the impact. Now that there are fewer voices in the media that are dedicated to sharing and discussing these areas, arts and cultural organizations are becoming more resourceful in using their networks for support.

Partnerships and cross-promotions are becoming very important for local arts organizations.  Newsletters, social media accounts and advertising space are just some of the assets that arts organizations have ownership of that can be easily leveraged between collaborators. From simple contra exchanges to longer-term contracts, partnerships between organizations can be a vital tool for sharing audiences. Partnering organizations can reach a following outside of their own existing ones, and audiences can discover something new. Going forward, these relationships within the industry are going to become more common, pronounced and prove more valuable in promoting local culture.

Instagram museums, pop-up shops, and other unique experiences are taking over vacant spaces in major cities around the world. Now that movies and television shows are more accessible than ever from the comfort of your home, the theatre experience is all that much more of an occasion. Just a little fanfare makes each movie experience more memorable and worth sharing with your friends and your followers. Movie promoters are seeing the value of creating memorable experiences for their audiences off-screen as well as on. In the next year, we’ll continue to see more experiential events.

At the promotional advance screenings that we’ve hosted ourselves this past year, we’ve gone bigger and more creative than ever before. We’ve partnered with national brands, invited local chefs to create themed tasting menus, paired films with local wines, had arts and crafts activities for kids, and created ‘grammable backdrops for optimal selfie-taking. By creating custom experiences, fun memories and personal responses, audiences take more value and become more immersed in each film and brand. It’s also simply more fun and more effective than just seeing a generic ad!

Combine the results with the ever-growing Canadian industry and the enthusiasm of Canadian audiences, and we’re hoping that this will mean more experiences, bigger displays and interactivity, and potentially more fan events, screenings, and premieres as well!

The evolution of influencers.

Influencer marketing has been an established channel for many customer-facing businesses for years now. Brands in the know have already discovered the value of reaching niche audiences through tastemakers in their field. Now that the practice is normalized, social media platforms have even put regulations in place, further legitimizing the practice.

In this next year, we predict that we’ll see the next stage of evolution for influencers. Peruse an established influencer’s media kit and often you’ll find services beyond the blog or Instagram feed. Producing high-quality original video content, hosting events, and even conducting red carpet interviews, professional content creators and finding new ways to push their personal brands further. As these social-savvy entrepreneurs continue to expand their business, we expect to see more making a leap into other forms of media. We suspect we may be seeing the next generation of media personalities starting their careers.

Streamlined metrics and analytics for podcasting.

Perhaps this one is more of a wishlist item than a prediction, but we here at TWPR are crossing our fingers that this year we will see the implementation of a standardized way to measure the media value of podcasts. We love the fact the podcasts have taken off as a medium and that people have embraced them. Even high-profile celebrities and personalities known from other mediums are starting podcasts of their own as a new outlet for creativity, further engage fans and reach new audiences.

What we don’t love is that there is no consistent way to aggregate all of the numbers and analytics associated with them. There is no single neat and tidy way to count up all of the subscribers and listener counts across all streaming platforms and including direct downloads. As podcasting continues to become more mainstream, we expect (or hope) that some consistent set of metrics will be put in place and made available to PR and marketing professionals to measure media value, much like page impressions and video views on other platforms. With these numbers made available, podcast producers and agencies like us will be talking the same language and be able to collaborate more easily which means more exciting brands, guest hosts, and content for all.

Film and TV fanatics aren’t just reading reviews. They’re finding and devouring all of the content that they can about their latest favourites and obsessions. From catching up with episode and season recaps to long-form essays and fan theory discussions, there is so much more accessible alternative content than your traditional print review. For many digital natives, their modern-day Roger Eberts are YouTube channels like The Film Theorists, Screen Rant, or FoundFlix, who offer some very different, alternative ways to think about and engage with your entertainment sources.

Fandom culture thrives off of thought-provoking discussion, which keeps films and series relevant long after their initial release. Film studios and marketing departments have realized that meaty, buzzworthy, debate-generating content makes good business. Film studios and marketing departments will be making a much bigger effort into outreach toward these niche influencers and essayists in the next year, further legitimizing the work and value of these content creators and resulting in some very unique, out-of-the-box coverage. Expect more unique sponsored content from your most anticipated movies and shows soon!

Looking ahead to the next decade.

As the PR and media industries continue to evolve alongside changes in culture and advances in technology, we will most definitely see new ways of creating, sharing, and discussing content in the new decade. While we don’t know exactly what the next few years will bring, we can’t help but look forward to the developments that will impact our work ahead.

Happy New Year from the Touchwood PR team! May the next 10 years be just as exciting and innovative as the last!