As the largest and longest-running Pan-Asian film festival within Canada, Toronto Reel Asian International Film Festival (Reel Asian) has been providing opportunities for Asian cinema to be showcased and appreciated by Canadian audiences for over two decades. Today, we celebrate the beginning of the 22nd edition of the festival, which includes exciting new programming and films.

Here are 22 fast facts about Reel Asian 22 that you need to know. 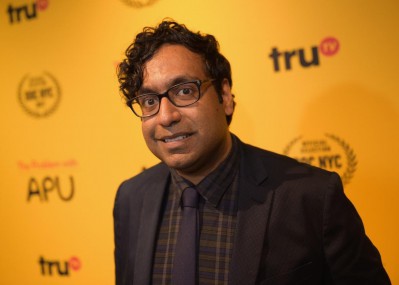 Reel Asian is launching their first festival keynote speaker with American comedian, writer, and podcaster, Hari Kondabolu, producer of the critically acclaimed documentary The Problem with Apu. See him speak on November 10th before he heads to New York to host the 46th International Emmy Awards show just a week later!

A pivotal film for Taiwanese co-director Mag Hsu and lead actor Roy Chiu, who were previously known for their work in TV, Dear Ex follows the people affected by a father’s death, his widow’s mourning, and his gay lover. As conservative groups continue to voice opposition in advance of same-sex marriage legalization in Taiwan in May of 2019, Dear Ex is a timely reminder of the social and human impact resulting from the lack of acceptance for LGBTQ+ rights.

3. Over 50% of the titles in the festival this year were directed by women.
Of the 62 titles (including full-length features, shorts, and special projects), 34 are female-directed.

4. Canadian-made titles make up almost half of the festival titles.
Some of the Canadian-Asian filmmakers whose work will be showcased this year include Kathleen S. Jayme, Ashley Duong, and Min Sook Lee.

Min Sook Lee’s work focuses on important social and economic issues within Canada. Reel Asian will screen her award-winning documentary, Hogtown: The Politics of Policing, which examines policing in city politics. Lee will be in attendance for a live Q&A.

6. Seven prestigious international guests will be attending the festival this year.

In additional to Hari Kondabolu, the Reel Asian will host a number of special guests at this year’s festival including director Kenneth Bi and actors Roy Chiu and Ling Man Lung. These guests will be participating in screenings, Q&As, panels and more. See the full line-up here.

8. Members get access to tickets, swag and screenings throughout the year!
By supporting Reel Asian, you’re also supporting Asian voices in film and emerging talent. Depending on your membership level, you’ll be able to access complimentary tickets, VIP screenings, swag bags, reserved seating, priority access and more all year long! As a registered charity, your membership is also eligible for a tax credit!

9. This is your chance to see the latest zombie-comedy with a cult following in theatres.

One Cut of the Dead is a Japanese mockumentary style zombie film, created on a small budget and released for a six-day theatrical run in a single art house theatre in Japan. It has since gone on to win the hearts of major critics and audience awards at other festivals.

10. You can experience dinner and a move at the special screening of ULAM.
ULAM: Main Dish documents award-winning chefs that are introducing Filipino food and culture to the North American landscape. The ticket also includes a post-show Q&A with director Alexandra Cuerdo, a cocktail and three-course dinner created by Toronto’s own Lamesa Filipino Kitchen.

11. The Reel Ideas Conference features an In Conversation with Sook Yin Lee.
During this conference, emerging talent and established filmmakers are invited to a day-long skill share through panels and workshops. This year, the schedule features an in conversation event with broadcaster, musician, and actor Sook Yin Lee.

12. The drummer of a 1970s iconic Hong Kong rock band directed a movie about their journey.

Anthony Chan, drummer for the 1970s Hong Kong sensation The Wynners, directed a film to retell their story. House of the Rising Sons is a nostalgic, fell-good tale told by the original source and heartbeat of the band.

14. Anime and manga fans can especially look forward to these two screenings…

Mirai and Inuyashiki are both titles that should pique the interest of anime and manga fans in Toronto. The first is the latest from animation veteran Mamoru Hosoda and Studio Chizu about a young boy coming to terms with his new sibling through a fantastical experience. The latter is a live action interpretation of the Inuyashiki graphic novels by Hiroya Oku. Judging by the movie stills, this one is going to be a wild one.

16. The festival’s feature special project is an immersive VR experience.

Homestay is a virtual reality project developed by BC creator Paisley Smith about one family’s story of life with international students, “a look at how complete immersion in another culture can create a clash of expectations and change our understanding of family, hospitality, nationality and love.” You can experience Homestay at the Festival Lounge until November 10th.

18. This is your chance to see the debut feature from the next Hollywood DC director.
Dead Pigs, screening on November 11th, is the feature directorial debut from Cathy Yan. Yan will become the first Asian-American female to direct a Hollywood superhero movie, the forthcoming DC Comics adaptation Birds of Prey starring Margot Robbie.

19. The Festival closes with the North American premiere of Kenneth Bi’s Wish You Were Here.

In 2008, Kenneth Bi opened the festival with his feature, The Drummer. This year, he returns with his film about a successful fashion entrepreneur that takes on a new protegé, a mysterious young woman that prompts her to confront her less than glamourous past.

20. The festival takes place between November 8 – 16.
That’s over a full week of incredible Asian cinema!

22. Tickets are on sale now at www.reelasian.com.