A Movie Buff’s Guide to Spooky Season in Toronto

Bring on the fall colours, cozy scarves, black cats, and everything pumpkin-flavoured. Spooky season has arrived, and we’re here for it. We’ve scoured the pages upon pages of Halloween events taking place in Toronto this year and we’ve created a top picks list for our friends and partners in the industry. Here is Touchwood PR’s guide for haunting happenings in Toronto, specially curated for the movie buffs and pop-culture enthusiasts in our lives. 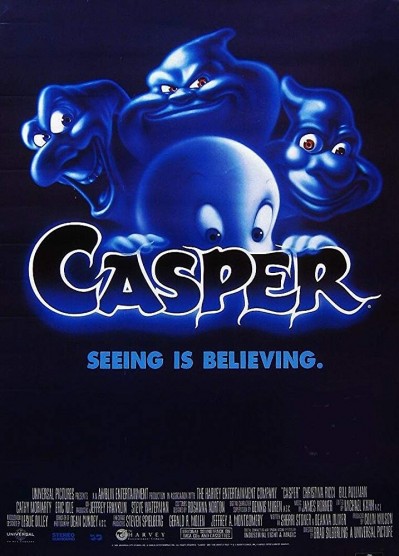 Kick-off spooky season with Indie88’s Band and a Movie! This month, the station brings Canadian indie-rock darling Hannah Georgas to the stage for a live performance, followed by a screening of the Halloween favourite, Casper. This is a free 19+ event. Line up for tickets beginning at 5:30PM on the day of the show! 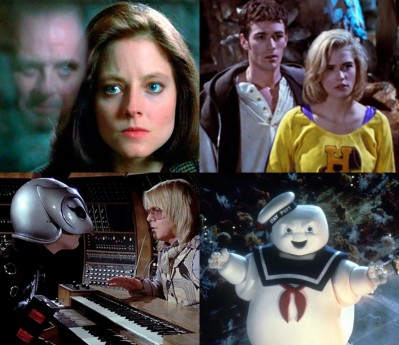 Holidays like Halloween are perfect for revisiting your favourite cult classics and flashback films. This time, take your horror movie binge to the theatre with Cineplex Events’ ongoing series. This month, theatres across Canada are bringing Ghostbusters, Buffy the Vampire Slayer, Silence of the Lambs, and Phantom of the Paradise back to the big screen. You can also watch the Twilight Zone’s most quintessential six episodes in celebration of the series’ 60th anniversary. 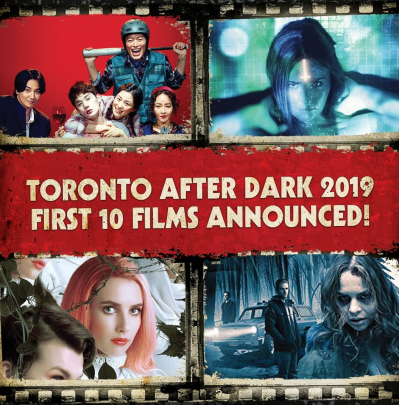 The 14th edition of Toronto After Dark takes place this month. Horror, sci-fi, and action films take over Scotiabank Theatre for nine consecutive nights of thrills, scares and gore with over 50 titles. Among the films currently announced as part of the festival’s lineup are Come to Daddy, a new dark comedy starring Elijah Wood, Pardise Hills, an Emma Roberts sci-fi fairy tale, and gala closer from horror duo Brett and Drew Pierce, The Wretched. 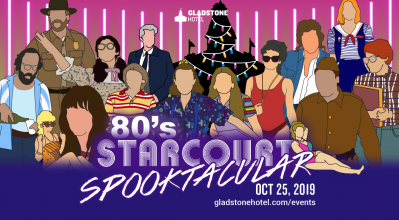 The iconic Gladstone Hotel is transforming into Starcourt Mall, the fictional teenage hangout of choice in Netflix’s smash hit series, Stranger Things. This 19+ 80’s video dance party promises all the things you need for a good time, including 80’s karaoke, a taco truck, pop-up drag performances, and a “Drinks Ahoy” bar stand. 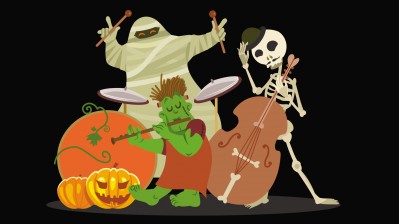 The Toronto Symphony Orchestra conjures up a variety of frightening favourites to haunt Roy Thomson Hall the weekend before Halloween! Kids and adults alike are asked to come dressed in costume to help the Orchestra get into the spirit of the seasons as they perform heart-pounding classical pieces as well as popular soundtrack pieces like the Jaws theme and the Imperial March. 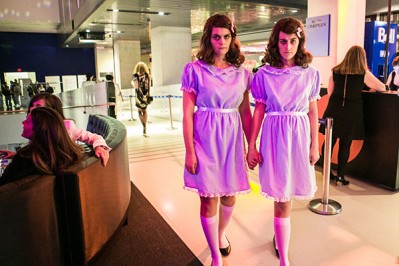 Each year on Halloween night, TIFF transforms its headquarters at the TIFF Bell Lightbox into one of the most anticipated events of the season. This year, the 19+ costume party poses a question when you purchase a ticket – are you a hero or a villain? Although it’s not entirely known what the effects of your choice will be at the party, what we do know is that there will be live music, eye-catching artist installations, an open bar, and a performance by Cirque du Soleil! 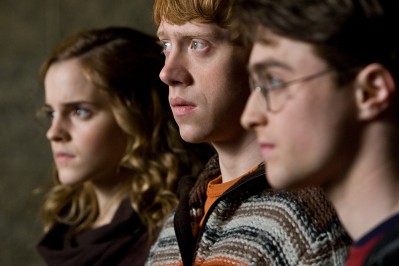 Witches and wizards rejoice! Relive the magic of the sixth installment in the Harry Potter film series at the recently renamed Meridian Hall (formerly the Sony Centre). The film screens in one of the city’s grandest event spaces with a symphony orchestra performing the score live to picture. 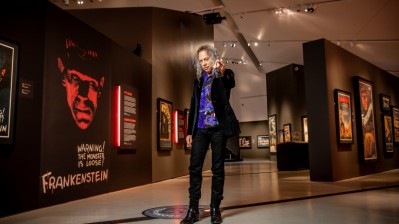 Metallica guitarist Kirk Hammett loves horror movies. In fact, he personally owns one of the world’s most extraordinary collections of classic horror and sci-fi movie posters. The Royal Ontario Museum’s current exhibition displays and explores Hammett’s significant collection and examines the connection between artistry, emotion, and popular culture through a selection of works from 20th-century cinema. 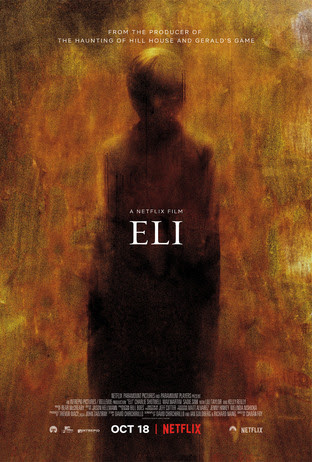 Of course, if you’d rather be scared in the comfort of your own home, there’s always Netflix! Catch up on the latest generation of horror blockbusters films like Get Out, Hereditary, and It or discover some new frightful Netflix originals like the In the Tall Grass, a Steven King adaptation, and Eli, a refreshing new take on a haunted house story.