Michaela Kurimsky is a talented Toronto-based multi-hyphenate. As an actress, writer, director, and singer, we’re surprised that Kurimsky has managed to go under the radar for so long! A graduate of Ryerson University film studies program as well as The Royal Conservatory of Music as a professional singer, Kirumsky has been honing for craft and creativity in a number of areas, and now she’s ready to share her art with the world.

Alouette is one of a handful of short films that Kurimsky wrote and directed during her time at Ryerson. The short psychological thriller was screened at multiple film festivals following her graduation. It went on to win the People’s Choice Award at the Air Canada EnRoute Film Festival. You can view the full film here:

This year, Kurimsky will be making her feature film debut in the highly anticipated Firecrackers, directed by Jasmin Mozaffari. Kurimsky stars alongside Karena Evans (who recently made headlines directing the Drake music videos for God’s Plan and I’m Upset). Kurimsky and Evans play two lifelong friends that are planning their escape from a small, repressive town. 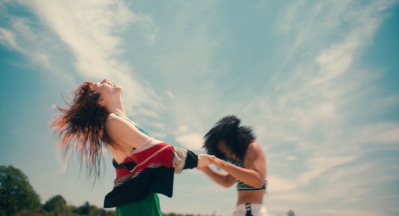 As a talented singer Kurimsky shares her casual song covers on her YouTube channel. It’s hard not to be charmed by her soft crooning and at times ethereal voice as she covers artists and songs from Nat King Cole to Madonna to a Celtic Lord of the Rings hymn.

There are few actors or actresses that can say that their feature film debut is a starring role in a high-profile film festival selection. That’s why 2018 is shaping up to be Kurimsky’s breakout year. We look forward to seeing her work at TIFF 2018 and beyond!