Kacey Rohl is a Canadian actress from Vancouver. You’ll likely recognize her from an impressive list of television roles and appearances. She featured most prominently as Alena in the most recent seasons of the CW’s Arrow series, as Kerry Campbell in Wayward Pines, and as Abigail Hobbes in Hannibal, although her full television filmography includes appearances in iZombie, Once Upon a Time, The X-Files, Supernatural, The Magicians, and so much more.

Kacey will be at TIFF 2019 as a Rising Star, and to support the world premiere of her film, White Lie. She stars as a young woman who becomes a campus celebrity after fabricating a cancer diagnosis. The fearless and emotional feature film comes from Canadian directors Calvin Thomas and Yonah Lewis (Amy George, The Oxbow Cure, Spice It Up). Watch the trailer here. 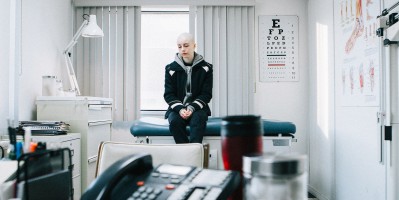 Following the festival, you’ll be able to see Kacey as part of the lead cast in Fortunate Son, a new CBC spy drama set in the social and political chaos of the late 1960s. The series is currently shooting and expected to premiere in winter of 2020.