Get ready for the crowds, the parties and the stargazing! It’s that time of year again; 397 films from 83 countries are set to screen at Toronto International Film Festival this year from September 8-18. This year, Touchwood PR will be representing 14 TIFF selections, including dramas, comedies, a documentary and even a web series. Are you wondering what to see this year? Here’s a quick look at what we’re working on! 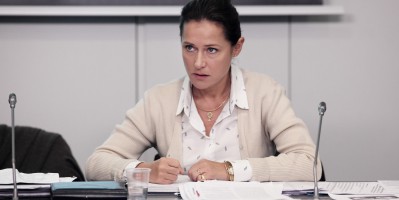 Synopsis: Based on the real life story of Irène Frachon, a pulmonologist who discovered a direct link between the drug ‘Mediator’ — that had been marketed for over 30 years — and a number of suspicious deaths in France.

Synopsis: Below Her Mouth is a bold, uninhibited drama that tells the story of a passionate weekend affair between two women.  Dallas – a roofer, and Jasmine – a fashion editor, share a powerful and immediate connection that inevitably derails both of their lives. 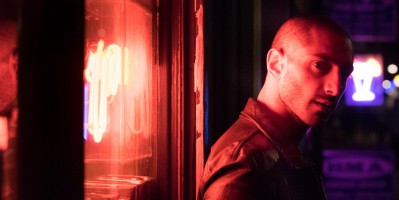 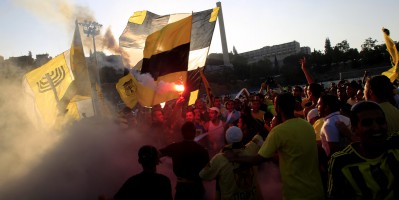 Synopsis: Beitar Jerusalem F.C. is the most popular and controversial football team in Israel, the only club in the Premier League never to sign an Arab player. Mid-way through the 2012/13 season, a secretive transfer deal by the owner, Russian-Israeli oligarch Arcadi Gaydamak, brought two Muslim players from Chechnya. The deal inspired the most racist campaign in Israeli sport that sent the club spiralling out of control. One season in a life of this famed club is a story of Israeli society, personal identity, politics, money and a window into how racism is destroying a team and society from within.

Synopsis: It all starts at daybreak, three young surfers on the raging seas. A few hours later, on the way home, an accident occurs. Now entirely dependent upon life-support in a hospital in Le Havre, France, Simon’s existence is little more than an illusion. Meanwhile, in Paris, a woman awaits the organ transplant that will give her a new lease on life.

INDIA IN A DAY

Synopsis: India in a Day is India’s largest crowdsourced documentary chronicling the story of a single day, 10th October 2015. The film is a unique document, capturing a remarkable range of characters and personal reflections on what it means to be alive in India today, submitted by individuals from across the country.

NEVER EVER/ A JAMAIS

Synopsis: A prolific filmmaker and a much younger woman meet, fall instantly in love, and hastily marry. Months later, he dies in a motorcycle accident and his wife is left alone in a big secluded house by the sea to experience the manifestations of grief and mourning.

Synopsis: Liliane was once “Laura”, a rising star in the singing world, who had her moment of glory when she finished second behind Abba in the 1974 European Song Contest. Now working in a meat factory, Liliane’s brush with fame has been all but forgotten. But when she meets Jean, a 21-year-old boxer, her dreary life is suddenly turned upside down. 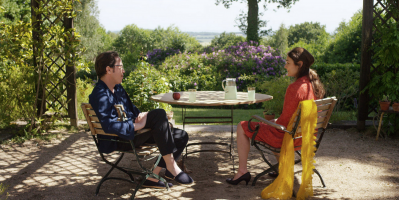 Synopsis: Wim Wenders adapts long-time collaborator Peter Handke’s play for this engrossing two-handed (and 3D) conversation piece, in which the dialogue between a man and a woman elicits a reverie on love, freedom, and beauty.

Synopsis: A recently widowed writer whose wife died in a bus crash (Masahiro Motoki, Departures) impulsively offers to care for the children of a working man who lost his wife in the same accident, in this gently humourous drama from Japanese writer-director Miwa Nishikawa (Dreams for Sale).

Synopsis: A well-known carjacker disappears during a heist, and a video is released online by a masked vigilante asking the city to vote on whether the carjacker should live or die as punishment for his many crimes. The resulting vote begins a chain of events that will change the city forever.

Presented exclusively on Facebook as a web series, TUKO MACHO has traversed between fiction and the real world, allowing audiences to vote for or against the execution of characters, and sparking intense conversations about the place of retributive justice in a city with few heroes. The film candidly explores the frequently violent intersections of class, law and justice in Nairobi. TIFF audiences will have the unique opportunity to vote live at the film’s screenings. 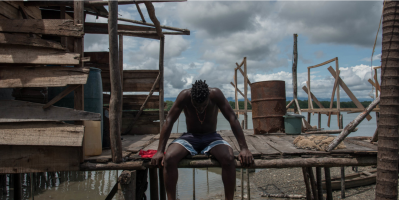 Synopsis: Maria arrives to Montreal from Manila to live with her grandmother and struggles to adapt to her new environment; Afro-Colombian Alex is deported from the US to Colombia, after the death of his brother, to his old neighborhood controlled by gangs; after his father’s death, David leaves his indigenous village to find work on a construction site in Mexico City. The second feature by Juan Andrés Arango (La Playa DC) follows these three teenagers living in different areas of the Americas yet going through the same experience of grief, migration and transformation.