What to see at Inside Out Toronto LGBT Film Festival

Get ready Toronto! From May 25th to June 4th, Inside Out Toronto LGBT Film Festival brings a
stellar round of groundbreaking and entertaining films to TIFF Bell Lightbox! The largest event of its kind in Canada, Inside Out entertains film buffs of all stripes, showcasing the best and most diverse work of interest to LGBT communities.

Taking place over 11 days, Inside Out draws crowds of 35,000 to screenings, artist talks, panel discussions, installations and parties that highlight more than 180 films and videos from Canada and around the world. With so many amazing films playing at this year’s festival, it can be hard to choose what to see.

To help you decide, we’ve highlighted some films that we’re excited about from this year’s festival. For film tickets and showtimes, visit insideout.ca

Opening the festival is the Francis Lee directed God’s Own Country, a Sundance favourite that has been called the British Brokeback Mountain.

After giving up college to work on his family’s farm, Johnny numbs the daily frustration of life by binge drinking at the local pub and having casual sex with strangers. As lambing season approaches, his father recruits Gheorghe, a skilled and handsome migrant worker. Johnny suddenly finds himself having to deal with unfamiliar emotions, and discovers that being isolated in the rural countryside with Gheorghe may actually be his best education. God’s Own Country is a haunting meditation on life and love that is at once intimate and enduring. 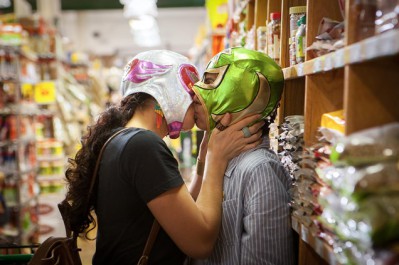 From the Special Presentation showcase, Signature Move will have you laughing and crying at this wrestling romantic comedy about TV-obsessed mothers and Lucha-style wrestling. Zaynab (Fawzi Mirza) is stuck. She lives with her widowed mother, but takes great pains to hide everything from her, including her love of wrestling and her sexuality. Alma (Sari Sanchez), on the other hand, gives Zaynab’s routine a much needed shakeup, and what starts as a casual affair begins to deepen. Zaynab’s discomfort with her sexuality and her dysfunctional relationship with her mother, however, threaten to drive the young women apart.

More than your average romantic comedy, Signature Move is as much a celebration of diversity as a testament to female strength, where women are paramount as lovers, wrestlers, mothers and daughters.

Behind the Curtain: Todrick Hall

Included in the Special Presentation showcase is an inside look into the mind of Todrick Hall, one of the hardest working YouTube stars in the world. Behind the Curtain: Todrick Hall follows Todrick as he launches his most ambitious project yet: the original musical, Straight Outta Oz.

Writing and recording songs by night and shooting music videos by day while simultaneously preparing to take the show on the road, this documentary showcases a hardworking man on a mission. Through the songs and videos he creates, Todrick entertains while tackling issues such as gun violence, police brutality and personal concerns that include a difficult relationship with his mother and struggles with his identity as a gay black man.

A documentary from the Icons program, the film follows the tragic case of CeCe McDonald, who was attacked in 2011 and unjustly incarcerated.

Violence against transgender women of colour is an epidemic that plagues the LGBT community. Transphobia is institutionalized, especially as it pertains to the criminal justice system and the prison industrial complex. Free CeCe is an entry point into this conversation as it follows CeCe McDonald’s growing role in the fight against this injustice.

In light of cultural and familial obligations, to what lengths will someone go for the person they love? The characters in Apricot Groves wrestle with their identities against an inhospitable backdrop of religious and societal oppression.

Aram is an Iranian-Armenian youth who immigrated to the United States as a young child. After falling in love with an Armenian girl, they make their first visit back to meet her family and ask for her hand in marriage. This rite of passage allows Aram to discover a culture that, while in their blood, feels completely foreign. When secrets are eventually revealed, we discover the lengths to which Aram is willing to go for the woman they love.

With a striking, openhearted perspective, Apricot Groves is a beautiful film that proves that, when it comes to love, there are no borders. 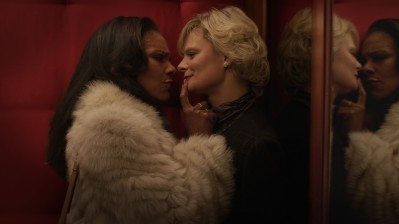 Where does sex end and love begin? When do fantasy and reality diverge? Bringing together stars of stage and screen, Tom Gustafson (Were the World Mine, Getting Go) returns to Inside Out with the highly anticipated gender-bending film adaptation of Michael LaChiusa’s 1994 musical, Hello Again, inspired by Arthur Schnitzler’s landmark play Der Reigen and Max Ophüls’s subsequent Oscar-nominated film, La Ronde.

From 1901 to the present, Hello Again presents a series of ten vignettes in which ten characters pair up in various configurations and time periods, with a panoply of sexual proclivities. From operetta to swing to pop, the music of Hello Again strikes an emotional chord in this bittersweet exploration of sex and love.

These are just a few of the exciting films to see at this year’s festival! Which films are you most looking forward to this year? See you at Inside Out!