Toronto, ON, (TSX: CGX), January 14, 2020 – Cineplex Events today announced its 2020 winter/spring Stage series lineup, bringing acclaimed theatre productions from London and Paris to big screens across Canada. Captured live and broadcast to Cineplex theatres, the highly anticipated winter/spring lineup is made up of politically, comically and emotionally charged productions. Ranging from centuries-old classics like The Fop Reformed and Scapin the Schemer to new hits such as The Welkin and Hansard, this season offers audiences a timeless theatre experience from the front row.

A witty yet devastating look at politics and the governing class in 1988 England, Simon Woods’ debut play Hansard first opened its curtains last fall to critical praise. Starring two-time Olivier Award-winners Alex Jennings and Lindsay Duncan, theatre lovers won’t want to miss this raw and timely production which takes audiences into the core of a marriage filled with secrets and resentment.

Other notable productions in this year’s lineup include: Set in America in 1947, this blistering drama from Arthur Miller stars Sally Field (Steel Magnolias, Brothers & Sisters) and Bill Pullman (The Sinner, Independence Day) as a couple who seem to have it all. But nothing lasts forever and their contented lives, already shadowed by the loss of their eldest boy to war, are about to shatter. With the return of a figure from the past, long buried truths are forced to the surface and the price of their American dream is laid bare.

★★★★★ “For classic French farce at its finest you need look no further.” – Stage Door Performed more than 1,500 times by the Comédiens-Français, this major work by Molière tells the story of two young men named Octave and Léandre whose amorous intentions are thwarted by their authoritarian fathers. Unhappy with their newly betrothed, the young men turn to the wily Scapin for help, placing their fate in his hands. Beatings with a stick, an avalanche of stratagems and other tricks set the tempo of this Molière classic. 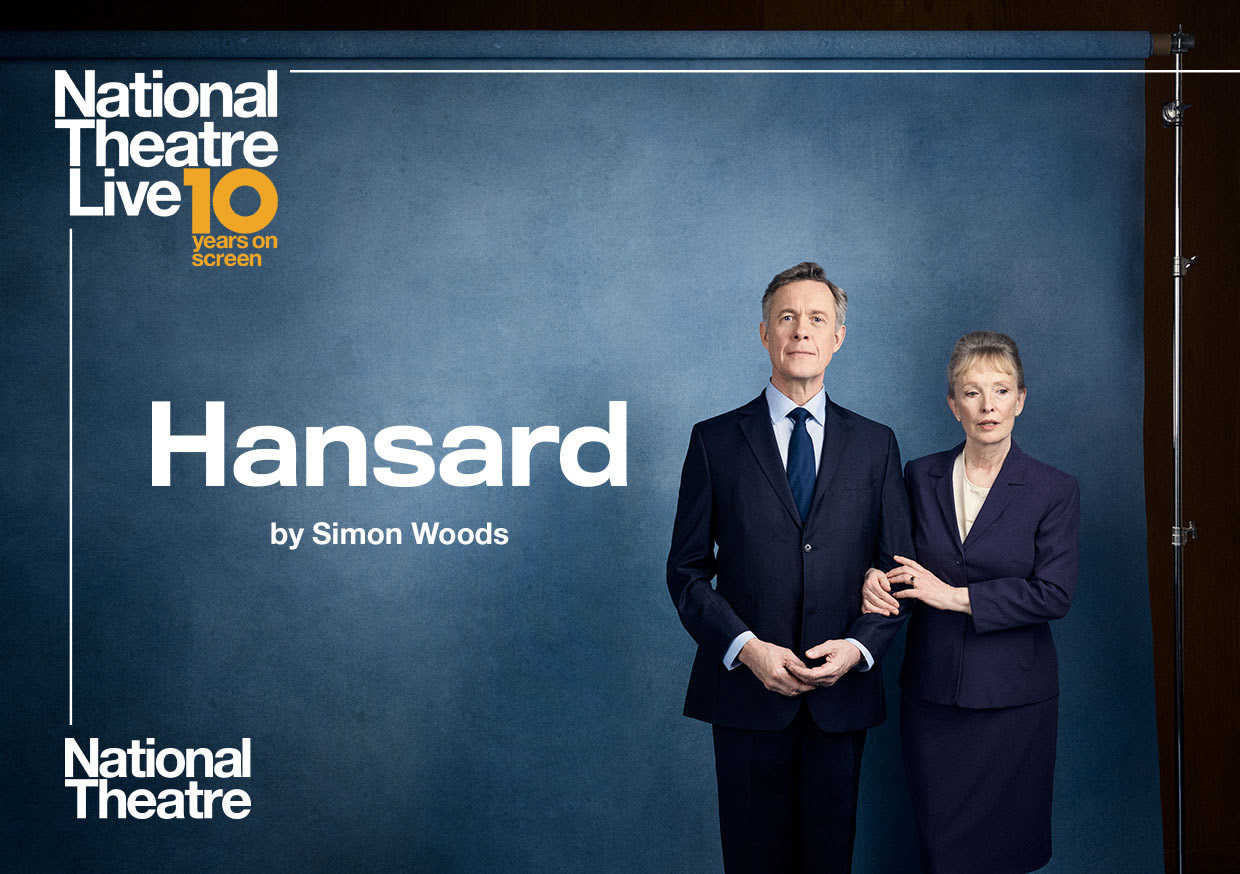 Hansard; noun. The official report of all parliamentary debates. Two-time Olivier Award winners Lindsay Duncan (Birdman, About Time) and Alex Jennings (The Lady in the Van, The Queen) star in this brand-new play by Simon Woods, captured live from the National Theatre in London. It’s a summer’s morning in 1988 and Tory politician Robin Hesketh has returned home to the idyllic Cotswold house he shares with his wife of 30 years, Diana. But all is not as blissful as it seems. Diana has a stinking hangover, a fox is destroying the garden and secrets are being dug up all over the place. As the day draws on what starts as gentle ribbing and the familiar rhythms of marital scrapping quickly turns to blood sport. James McAvoy (X-Men, Atonement) returns to the stage in an inventive new adaptation of Cyrano de Bergerac, broadcast live to cinemas from London's West End. Fierce with a pen and notorious in combat, Cyrano almost has it all - if only he could win the heart of his true love Roxane. There’s just one big problem: he has a nose as huge as his heart. Will a society engulfed by narcissism get the better of Cyrano or can his mastery of language set Roxane’s world alight? Written by 18th century playwright Marivaux, this classic production follows a young Parisian whose parents find a good match for him in a count's daughter. When the handsome boy goes to visit her, she finds that his Parisian manners are far removed from the rules of decorum that reign in the provinces and that he is unable to open his heart to his lovely intended. Stung, the latter decides to teach him a lesson for his arrogance. One life in the hands of 12 women. In rural England in 1759, as the country waits for Halley’s comet, 21-year-old Sally Poppy is sentenced to hang for a heinous murder. When Sally claims to be pregnant, a jury of 12 matrons are taken from their housework to decide whether she’s telling the truth or simply trying to escape the noose. With only midwife Lizzy Luke prepared to defend the girl and a mob baying for blood outside, the matrons wrestle with their new authority and the devil in their midst. James Macdonald (Who’s Afraid of Virginia Woolf?) directs Maxine Peake (The Theory of Everything) and Ria Zmitrowicz (Three Girls, Mr. Selfridge) in this bold and gripping thriller from Tony-nominated writer Lucy Kirkwood (Skins).